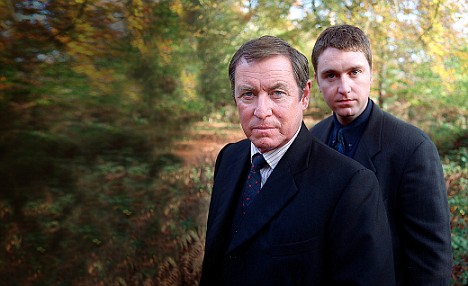 It's officially the end of an era. The new Midsomer Murders season opens in autumn with a new chief detective and I am very distraught to have to say goodbye to John Nettles (big sniffle!). Midsomer Murders was and remains one of my all time favourites. A TV series of movie length (102 minutes) episodes. So today's review is a bit different because it focuses on a series rather than one particular film.

Back in the days when Mr. C and me still had a TV, the only time we actually turned it on was on Thursday at 8.00 pm to watch Midsomer Murders. It's English detective fiction at its sinister best along with some dry English humor. John Nettles is perfect for the role of shrewd middle aged detective and a devoted husband and father.