Yesterday Mr. C and me went to Celje, my favourite city in the entire world. This is the place where I would spend my summers as a child and I feel deeply connected to it.
On the way we took a little detour to my mum's birth house Castle Strovšnek. The picture below was taken in 1938, it portrays my great grandfather and my great grandmother standing at the entrance to the castle. My great grandfather had made a vast fortune producing and exporting timber and bought this place in 1869. The story however ends tragically. In 1941 after the beginning of WWII my great grandparents were accused of treason and executed in the most brutal manner. 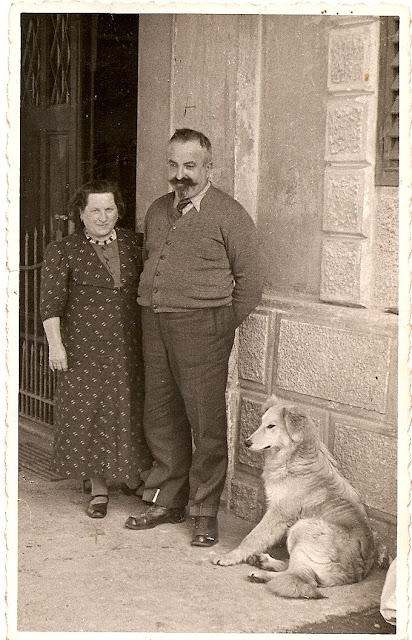 Their property was confiscated. It was widely known that the partisan movement was eager to get their hands on my great grandfather's estate and that the accusations were false.
My family spent the better part of the last 30 years trying to get back what rightfully belonged to us. We did in the end. It was a bitter victory. My great grandparents were never exonerated due to the lack of evidence. They are buried in unmarked graves on a nearby hill where they were executed.

Me and Mr. C standing in the same doorway 73 years later: 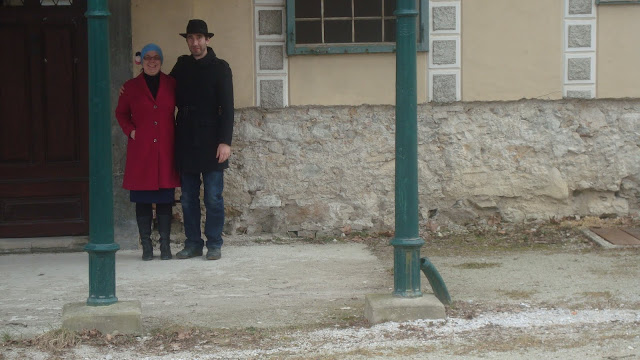 I feel no bitterness or anger towards the Partisans. I am immensely sad that during the last century this building has been sadly neglected and is now irreparably damaged. It's truly heartbreaking that a property once renowned for it's exotic gardens and a fishpond is slowly decaying without anyone caring. It feels like my great grandparents died in vain and all that they've accomplished during their lifetime is as if it never existed. 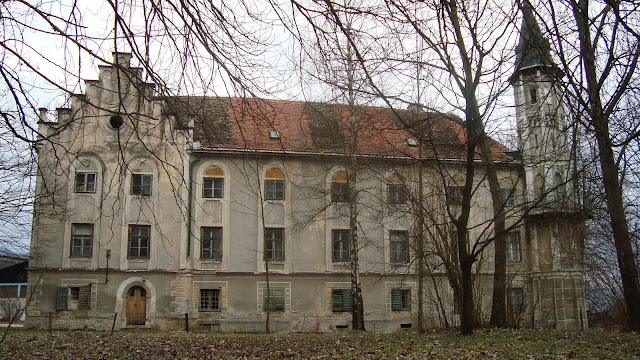 I hoped that by touching the wall I could somehow break the bonds of time and space and be able to feel a connection with my ancestors. 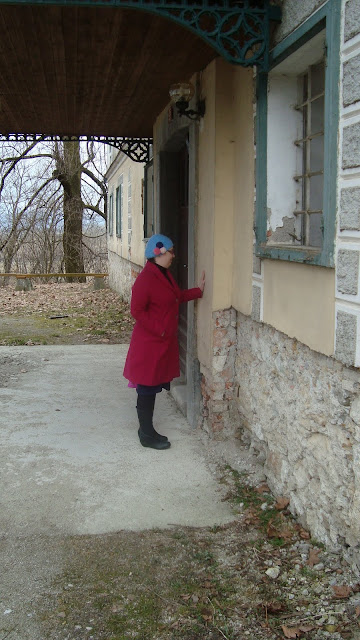 Mr. C rigging the camera on automatic, so we can both be in the picture. 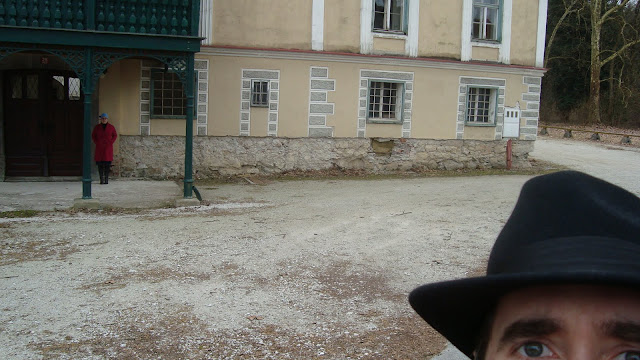 Posted by coffeeaddict at 13:29