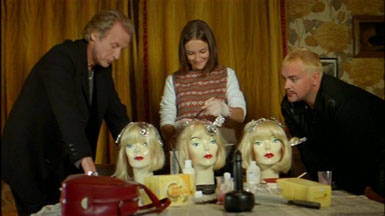 A delightful little film that doesn't pretend to be more than it is. The plot is pretty simple and no surprises there really, but the execution is brilliant. Leave it to the Brits to turn an ordinary romantic comedy into something more than an hour and a half of one cheesy cliche after another.
Everything from quirky personalities to down right odd black English humour (an absolute staple and should be deemed a top national feature along with tweed and the five o'clock tea) is refreshing.
Alan Rickman and Bill Nighy. Together in the same film. It's worth watching just for the sake of that alone.

Posted by coffeeaddict at 17:27