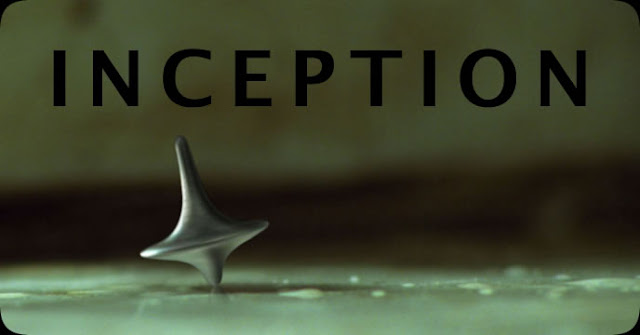 Inception is the work of Christopher Nolan. A director who's become world renown for Memento, a movie that has reached cult status with lightning speed. Though it might not be obvious at first glance, Inception and Memento are more alike than it would appear. The basic premise ob both movies is the same: the relativity of our reality. Nolan explores this issue in both stories: his basic claim is that our lives, everything that defines us, is based on our memory. Our perception of reality is therefore left vulnerable to the frail, unreliable and easily corrupted data stored in our brain.
Leonardo di Caprio plays Cobb, a man haunted by his past and willing to go to any length to rectify a mistake he had made. Leonardo, though not my cup of tea, portrays Cobb remarkably well. However, the true revelation of this film is undoubtedly Joseph Gordon-Levitt, who plays Arthur, a sort of Watson to Cobb's Sherlock Holmes.
My favourite part of the film was when someone asked Cobb how he could distinguish between the real world and the dream world. To which he replied that it was only his guilt that kept him grounded. That it was his moral compass and as long as he held on to the guilt about his mistake in the past, he would always be able to separate reality from dream. The sentence mirrors Milan Kundera's epic novel, The unbearable lightness of being. Here the author claims that it is our own misfortune and unrealized dreams that keep us grounded. As opposed to achieving happiness, the realization of our goals, which will make us feather light so that we simply float away from our lives.
As is typical for a Nolan film, the ending is left open to the viewers' interpretation. The optimists will claim Cobb succeeded in his quest and is reunited with his family. The pessimists will say he failed and got lost deep in his subconsciousness, forever stuck in a dream world. I think what Nolan was trying to say is that it doesn't matter either way. That there are more realities than one and that Cobb finally reconciled with his guilt. In doing so, he is no longer grounded to his linear view of real life vs. dream world and accepts the reality as is, a dynamic, ever changing concept not meant for us to tame.

Inception received numerous bad reviews with everyone eager to pitch in their two cents. Inception is a complex film with multiple plots, subplots and twist hidden amids numerous fast paced action sequences. The complex nature of the plot demands an intelligent viewer who's able to stay focused throughout the film. Either way it's not a film that will leave you feeling neutral. If you do decide to see it, watch out for the scene with the paper windmill. A true teary eye moment!
Posted by coffeeaddict at 12:29