Yesterday Mr. C took a day off and we decided to go on an excursion. The weather was what I can only describe as moody: raining one minute and the sun blazing the next. But since we never let the weather get in the way of our plans, we were adamant to go out and have a great time. We considered a lot of options but finally settled on Trieste. Trieste is just on the other side of the border and with the highway covering most of the route, we arrived in less than an hour and a half. 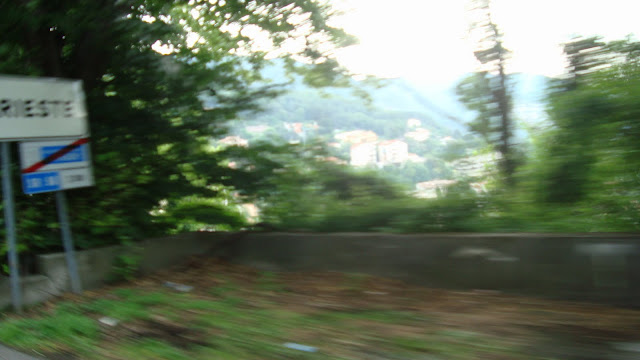 Trieste used to be part of Slovenian territory before WWII, so we expected to see a lot of Slovenes as well as tourists. I've never been to Trieste before, but I listened to countless stories from friends who pop over on a monthly basis, that this is a vibrant and exhilarating metropolis filled with countless prospects of shopping and partying. 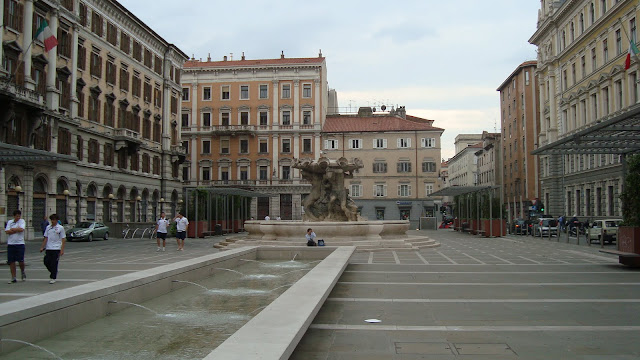 The reality was a lot less glamorous and I was very disappointed. Frankly, the city was dirty and smelly with cars and motorbikes parked all over. There were no parks or any kind of greenery anywhere. And worst of all, the city was flooded with cheap Chinese shops selling the most appalling merchandise. 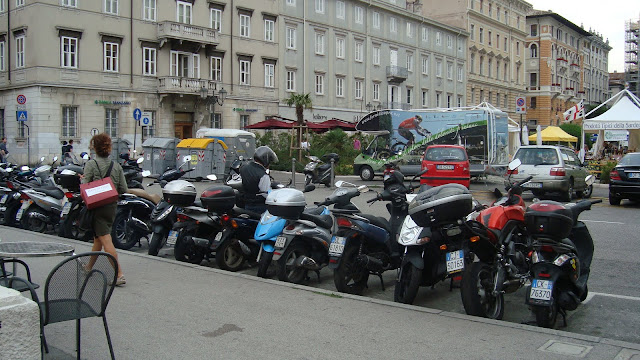 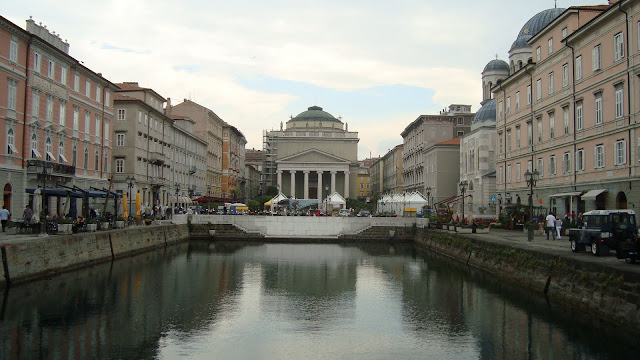 We sat down for coffee and Aperol Spritz, a cocktail that's all the rage now. It's made with Campari and it's quite refreshing. 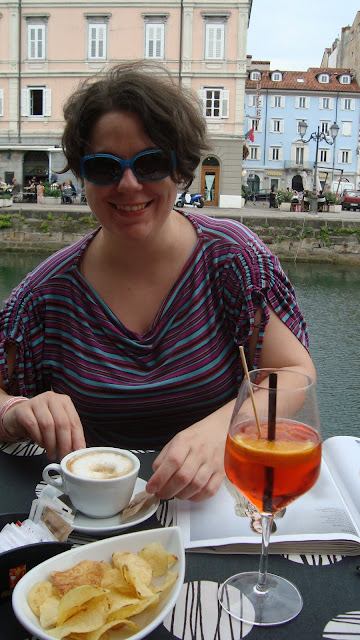 Cutting our trip to Trieste very short, we decided to visit Lipica. Lipica is a stud farm where the world renown white Lipizzaner horses are bred. The contrast between Trieste and Lipica couldn't possibly be wider.

The grounds were well kept and immaculately clean. On our tour we saw many different trees and flower beds of roses, lavender and herbs worthy of a botanic garden. 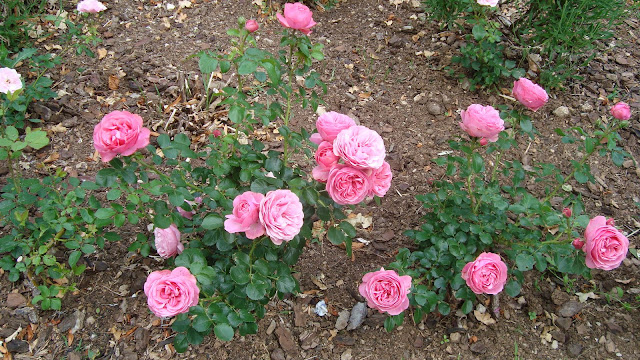 The linden tree or lipa as we call it, is the Slovene national tree. It is very common in the Karst area and even gave the name to the Lipica stud farm and the Lipizzaner horse.

We were lucky and saw the mares just as they were returning from pasture. 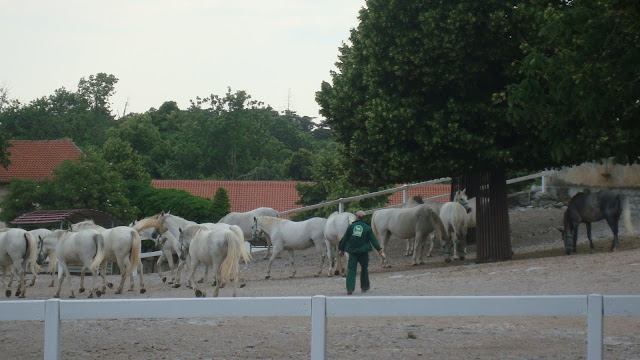 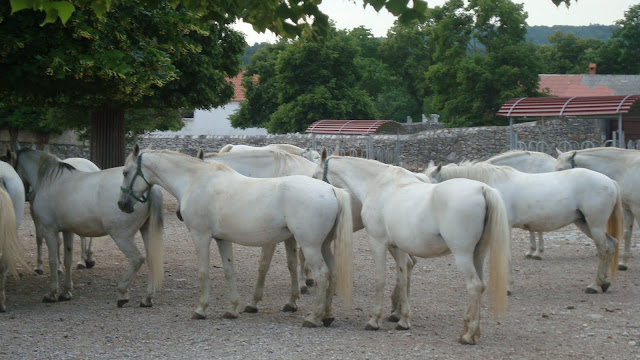 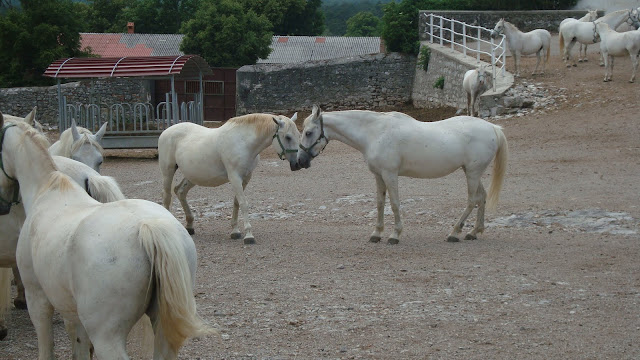 Such gentle and mild creatures. It was truly wonderful to be able to get this close to them and even run my hands through their smooth white coat. 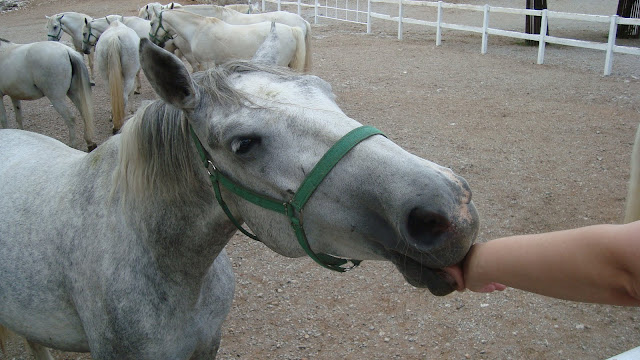 Male foals remain with the females until they are sexually mature, which is around the time they reach the age of one year. 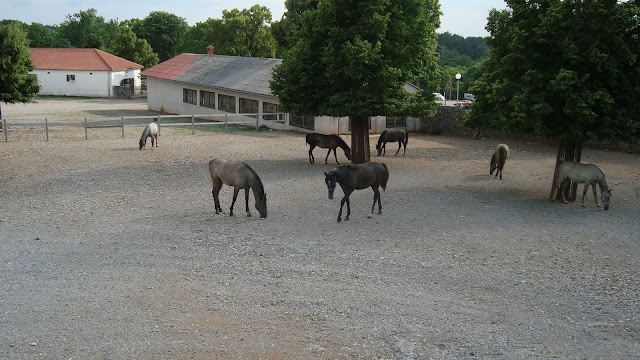 But they are still too young to begin training. Lipizzaners are world renowned for their high dressage training which includes a number of difficult and strenuous jumps and steps. It takes up to eight years to train a Lipizzaner in this spectacular and mesmerizing form of art. 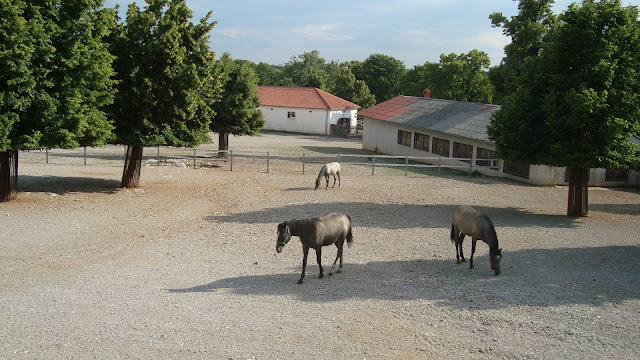 Lipizzaners are actually born black and they gradually loose their pigment and become white. The process takes about 4 to 5 years. One in about a hundred how ever doesn't loose pigment and remains black. 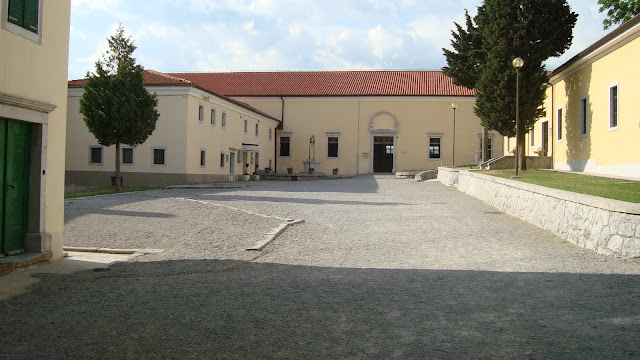 The stable reserved for the most highly decorated studs 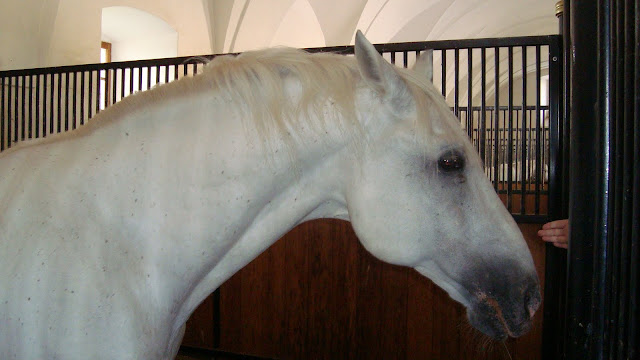 Maestoso Steaka XIV
The stud farm even has a small flock of ponies. They are used to train young children in the art of dressage. At Lipica they believe that the proper age to begin training children is around 5 or 6! 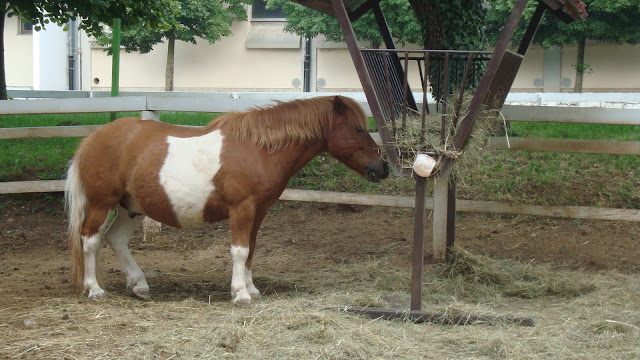 We had lunch at the hotel in Lipica. More like a feast actually. A four course meal nobody, no matter how hungry, could eat. And it was delicious and absurdly cheap. The lunch and the guided tour of the farm costs a little over 17 € per person. 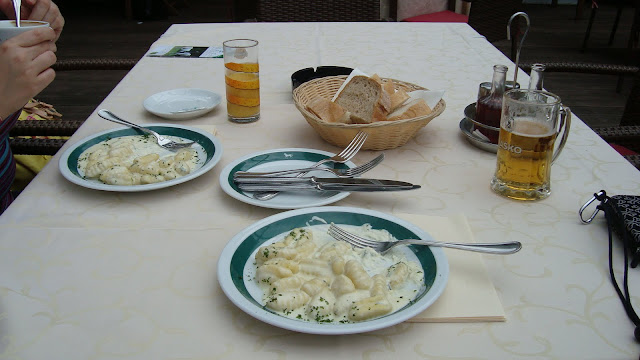 Gnocchi with Gorgonzola followed by stuffed squid and vegetable pie with a side dish of salad and a chocolate coconut pie for dessert. Yummy!
Posted by coffeeaddict at 14:54