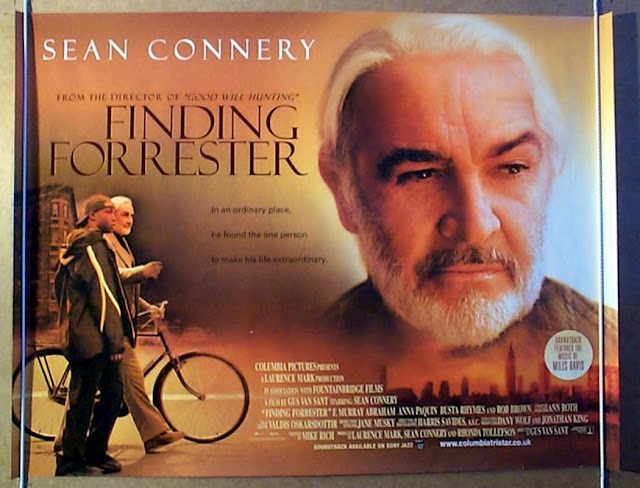 One of those quiet dramas about an unlikely friendship and how it comes to define the people involved and change their lives. This time between an ageing writer whose first and only book became such a stellar success, he was consequently afraid to publish another as it will inevitably disappoint so instead he chose a life of recluse. On the other hand a young black male high school student whose talent for basketball is equally brilliant as his writing. Yet he chooses to remain hidden behind his C average grades. Afraid his dreams of one day leaving the poverty and desperation of his home neighbourhood are unattainable.
The chemistry between Sean Connery and Rob Brown is spine tingling spectacular and I was surprised to read that Rob Brown never attended any acting school. His presence on the screen is quite natural and his acting very unforced. Kudos to Anna Paquin whose performance was equally brilliant. Though I was disappointed how the director wanted to squeeze some romance into this story. The scenes, though beautiful, add nothing to the plot and distract from the real message.

One of my favourite character traits was the young man's brazen sense of humor and his courage to stand up for himself and others.

Posted by coffeeaddict at 20:00