Over the past 4 weeks I've been secretly working on an exciting sewing project: a classic men's shirt. The lovely Susan and Martin from Partlan Pattern Designs contacted me if I wanted to be a pattern tester for their Shannon shirt. I've never done a classic double yoke shirt with French cuffs and I was so excited to put my sewing skills to the test. And I certainly did. Like Peter Lappin from Male pattern boldness said in one of his posts: Shirt making isn't for sissies and he was right. It takes a lot of time, patience and precision to construct a men's shirt. But the result is a stunning item of clothing that really surpasses all of those of the peg T-shirts and raggedy looking jerseys and such.


In my fashion oriented posts I've often wrote about the poor quality of fabrics and poor fit as well as lack of ingenuity in mainstream fashion and how this influenced me to develop my sewing skills. When we look at men's fashion it's even worse: limited choices, shoddy construction and for lack of better words no wow effect. I've also written about my passion (or better obsession) with Poirot movies. The costumes in these movies are amazing. I love the watch them over and over again and get lost in the world of eloquent, well mannered people who dress with such elegance. The Shannon shirt project was therefor heavily influenced by the aesthetic of my beloved Poirot movies, the world of impeccable bespoke tailoring with a hint of flamboyance in choosing a floral patterned print cotton. 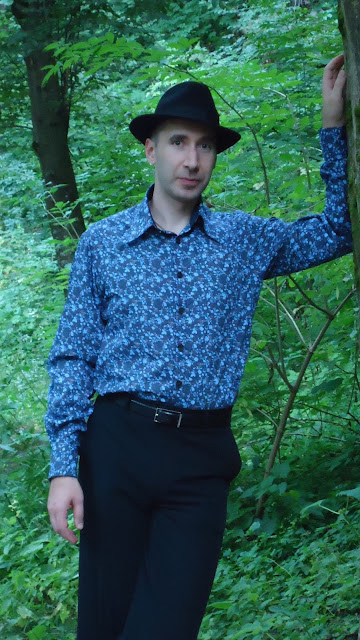 The pattern Martin and Susan sent was a bespoke pattern designed according to Mr. C's measurements. And what a difference that made! As is customary, the pattern pieces are first basted together to check for general fit and to mark the adjustments. Having a made-to-measure pattern made it the world's fastest fitting ever. The shirt fit like a glove and Mr. C's words was far more comfortable than any of his bought shirts. The real difference however was the fit in particularly the fit across the shoulders. It's difficult to descibe or even convince someone of the benefits of custom fit garments until they've had the luxury of trying them on. Much like the difference between cheap whisky and an aged single malt Scotch. It's a tangible experince and an unforgettable at that. 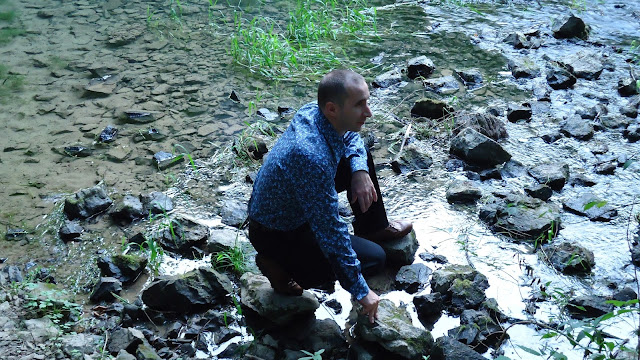 It took me about 10 days of relaxed, easy paced sewing from start to finish. Susan and Martin were marvelous throughout the entire process. They've set up posts with instructions on their blog detailing various steps of the process. And  during this time we've chatted about buttons and collar shapes and yokes and a ton of other small details that only a true sewing enthusiast can appreciate. 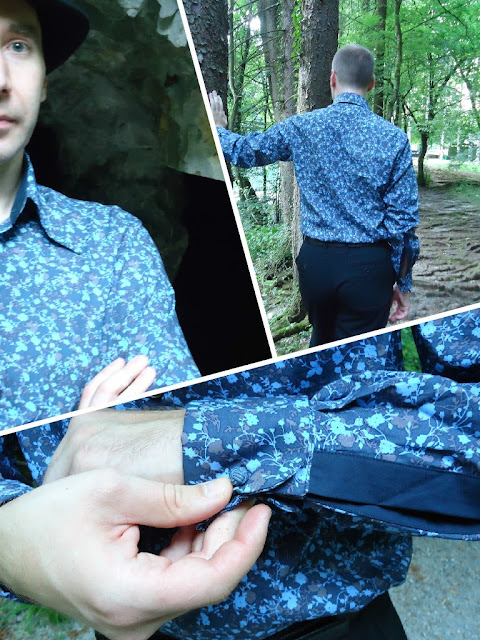 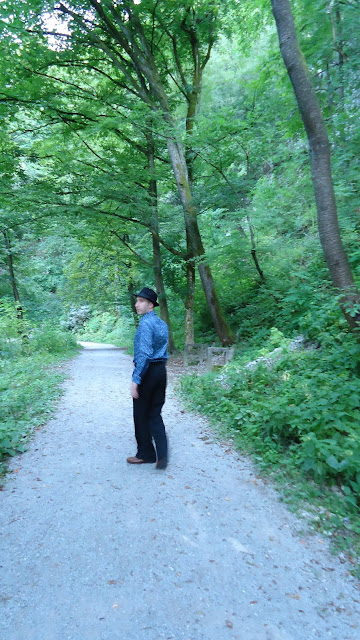 The photos were taken on a hot summer's eve near the source of river Ljubljanica, one of our favourite hiking spots.
Posted by coffeeaddict at 09:14