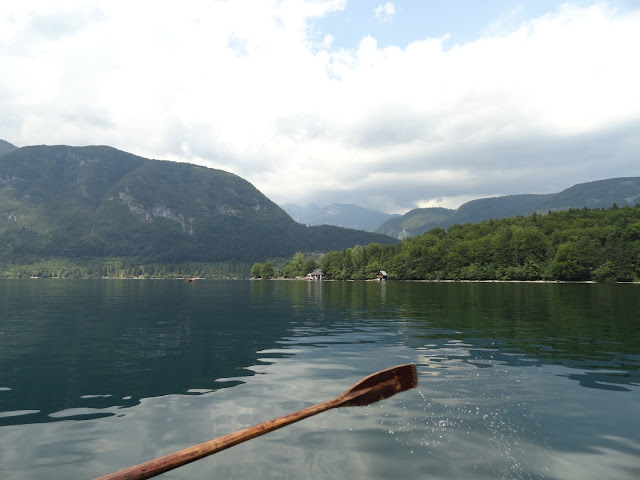 Summer is in full swing. Long hot days which just beg for outdoor activities like hiking, mountain climbing or rowing. Mr. C and I seized the opportunity to go rowing one lazy Thursday last week when we could expect fewer people on the lake since it was the middle of the week.

But we failed to take into account the moody weather. We arrived in Bohinj just after a vicious storm that took us by surprise en route. Mr. C was considering turning round and going home but I was too stubborn to give up so we kept going and arrived at the lake to be greeted by sunshine and calm lake.
What a lucky break! 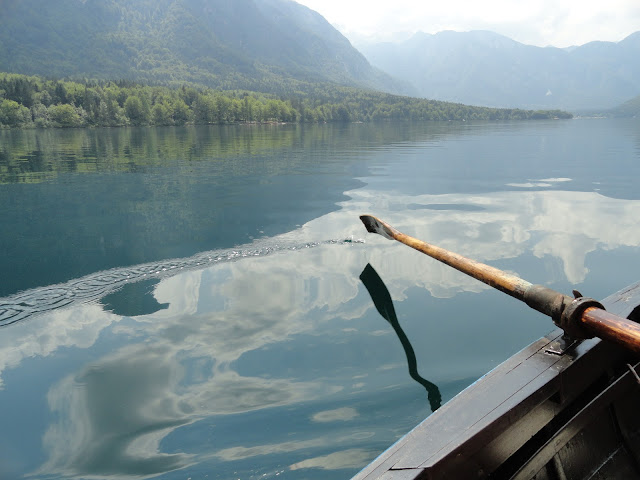 However half an hour into our rowing session the dark clouds started gathering again. By that time we had travelled quite a distance and were somewhere in the middle of the lake. 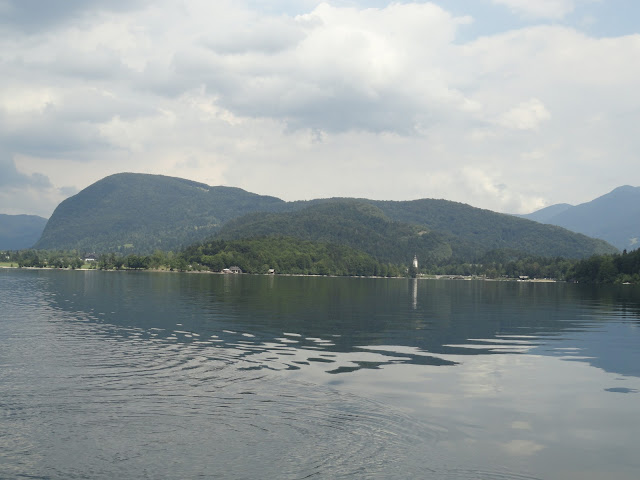 We turned around and hoped to get back to shore before the storm catches up with us. We saw a few magnificent but scary lightnings and I had to remind myself we were safe on water in a wooden boat since the Faraday cage effect applied (don't ask me how that's Mr. C's department). 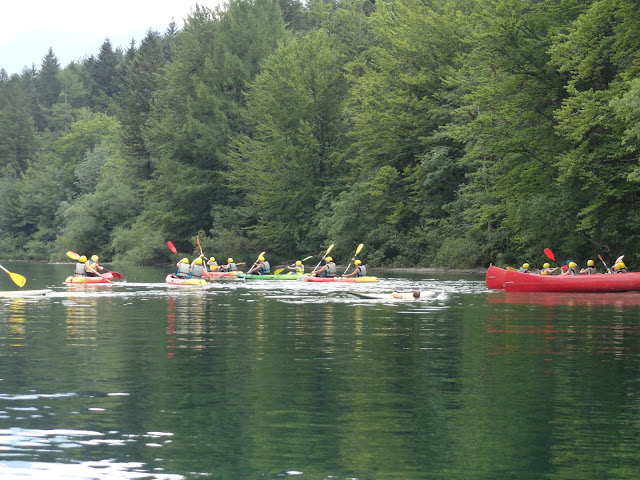 We even saw a group of French kids learning to row. They were eagerly trying to get to shore as well.

We were still approximately 100 m away from shore when it started raining heavily and there was nothing we could do. Mr. C who took over the ores said that the heavy wind and waves were making it extremely difficult to get the boat moving in the right direction.

By the time we reached the sohre we were completely wet and exhausted yet happy. All in all a very memorable road trip.
Posted by coffeeaddict at 16:46