Part 2 of our trip to Vienna


After our Fiaker ride early Saturday afternoon it was still sunny so we took this opportunity of the break in grey weather for a long stroll through the public park and to take some pictures of the local inhabitants.

And then late in the afternoon it was time for a super special date: my very first face to face encounter with a blogger and a friend, Paula from Paula's Diary! I've been in contact with Paula about a month before our trip and she was most gracious and offered to meet up and take us around Vienna. Saturday afternoon we met for mulled wine in an old Viennese tavern. It's more than 400 years old and part of an older region of Vienna. The tavern is actually underground and has some incredibly steep staircase which is only logical but also a bit adventurous. Well the place was very rustic and charming and with such an inviting atmosphere more than made up for the steep stairs.

Sunday was devoted entirely to Schönbrunn Palace. We had cake in Dommayer Cafe in the vicinity of the Palace as recommended by Paula. We were smitten immediately! Unlike the more obvious place our tour guides recommended this is a place that's not packed with tourists and retains its original Viennese charm and atmosphere. Still the waiters wore tuxedos. 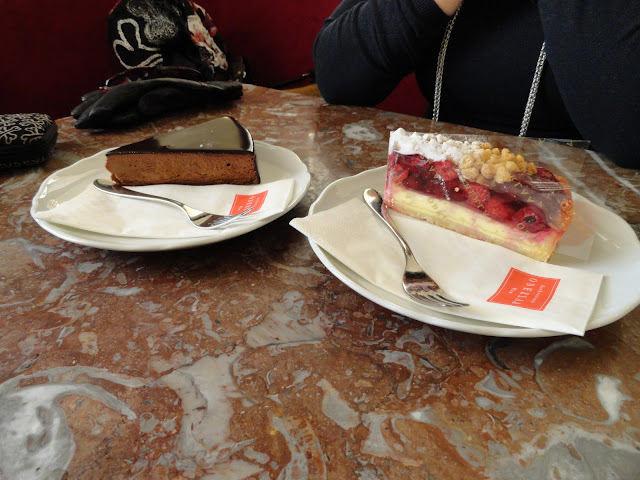 We entered the Palace through the side gate and took a loooong stroll through the garden. The place was full of tourists as well as local inhabitants: cute little critters. We decided to skip the Schönbrunn ZOO and opted to visit it on our next trip to Vienna preferably in warmer months. 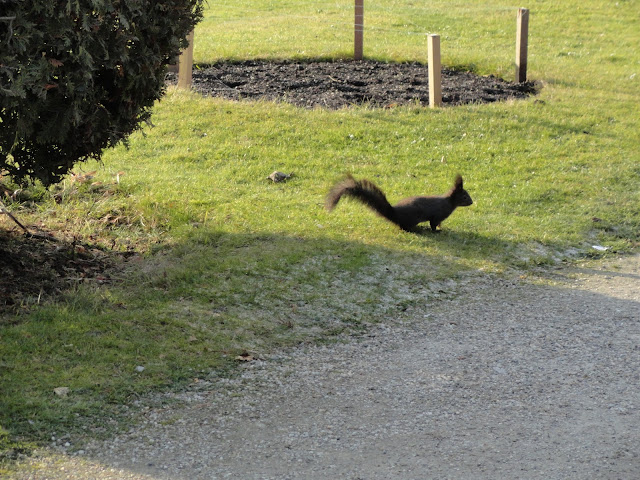 When we reached the Palace we had the pleasure of seeing a traditional Viennese New Year's market. Unlike in Slovenia it is customary in Austria to close Christmas markets immediately after Christmas, with the Schönbrunn market being a rare exception. 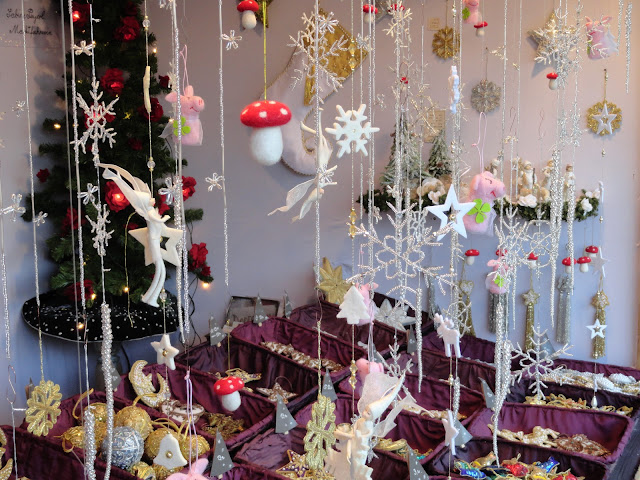 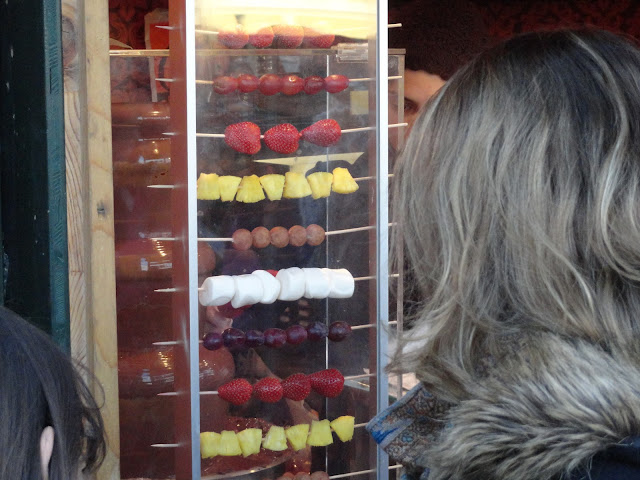 It was lovely to see that all the vendors sold only handmade items made by Austrian artisans such as gorgeous hand blown glass ornaments, wooden toys, ceramic ornaments and household items. The food stands weren't lagging behind either, they served sausages, baked potatoes with rosemary, pancakes and other Austrian specialities as the sign on the board below says wild boar and Mozart dumplings. We both had a light snack and were pleasantly surprised by the quality of the so called fast food.

After the quick snack it was time for an invigorating walk up to the Gloriette and down the other side. The place was packed with tourists and Mr. C and I both felt oh so very smug for having had our cake in the Cafe Dommayer beforehand. Making the most out of our journey to Schönbrunn we reserved the tickets to see the inside of the Palace till last after the sun went down thus having cleverly used up our time. The interior of the castle was most informative, I particularly enjoyed to see all of the interesting contraptions and utensils the Habsburgs used in their daily lives but quite frankly the park was much more interesting.
And then it was time for another treat. The lovely Paula and her partner Mr. Paula have invited us to their home for dinner. Mr. C and I felt so incredibly privileged and honored by this. They went to great length to prepare a lavish vegetarian dinner for us, that was based on Indian cuisine. Since Mr. C and I don't get to travel that much, I was so happy at the chance to meet both Paula and her beau to get a "feel" at how real Viennese live and how they interact. They were both also so kind at providing us with abundance of information about what to see and where to go that our stay in Vienna was so enriched by it I can't even begin to describe.


Our last day in Vienna was a bit on the lazy side. We slept in and decided to go into town for some last minute sightseeing before everything closes down in preparation for New Year's Eve. As we were standing in front of the Museum of Natural History and its twin the Art Museum we realized in horror we only had the time and energy for one. So we visited the Museum of Natural history and it was spectacular. Room after room filled with extraordinary incredibly rare and superbly preserved specimens of minerals, semi-precious and precious stones as well as animal skeletons, fossils....
I was overjoyed to be able to visit their meteorite collection which is one of the most comprehensive collection in the world. We even found the Gibeon meteorite, the same meteorite that's been inlaid into our wedding bands.


Our New Year's Eve plans were very last minute, we got wait listed at the Palmenhaus cafe and our reservation came through at the last moment. We enjoyed a lavish and decadent 8 course meal and toasted to New Year 2013 in a leisurely manner while the sky above was illuminated by fireworks and the stereo played the Blue Danube. This is Vienna after all!

The next day the sky was grey again and Vienna was covered in thick and damp fog. As much as we had hoped for a quick visit to the Prater we were both unanimous to pack it up and go home because the weather simply wasn't cooperating. Prate will have to wait.

All in all it was a wonderful trip and we managed to see and experience so much. Though we kept the focus on sightseeing we also had plenty of downtime as well as a bit of shopping. As I've said in my previous post, Vienna is very expensive and the focus of our trip wasn't on shopping so we didn't really spend any time in the shops or the dreaded malls. I got another bottle of my favourite and faithful scent, Black orchid by Tom Ford. And we also stopped in an old traditional fabric store that has the finest wools as well as men's accessories. They kindly allowed us to snoop around and take photos but since the price of fabric was upwards of 120 € and all the way to a cool 600 € for a meter of fabric the only thing I could afford were a pair of cheerful striped stockings made in Scotland.

Posted by coffeeaddict at 18:05