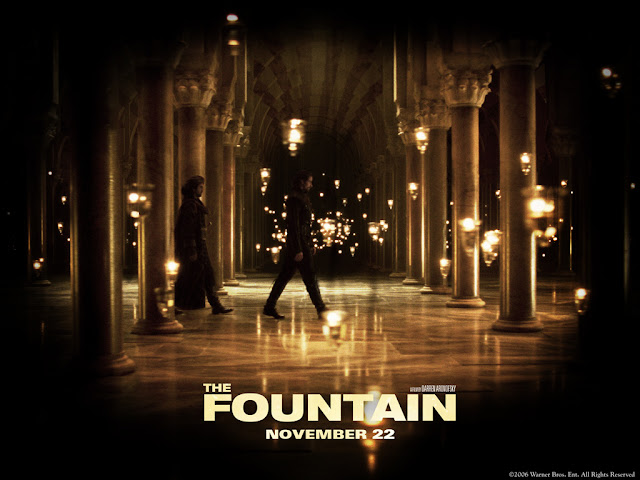 I've been a fan of Darren Aronofsky long before this year's mass hysteria of the Black Swan and The Wrestler the year before. I admire his unique style and vision. He manages to leave his distinct mark on every piece he's directed, much like Tim Burton or David Lynch.
So The Fountain. This movie is like a Pollock painting, it's not meant to be understood but rather experienced for it's intricate beauty. The story is non linear and spans over a thousand years as we witness three different incarnations of the same two people. In each of the scenarios Thomas or Tommy tries to save the woman he loves from dying, only to discover in the end that it is she that rescues him from the ultimate demise.
A story that addresses profound existential questions such as life, death, love and the meaning of our life on this planet.

This time, instead of a clip from the movie, an interview with Hugh Jackman, who plays the lead.

Posted by coffeeaddict at 16:15