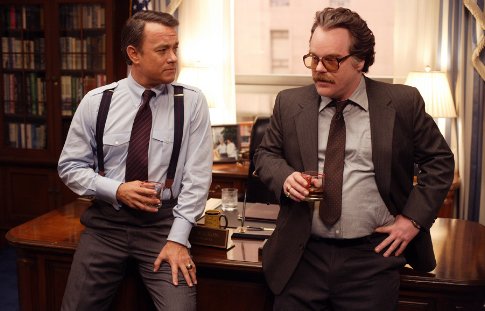 A political satire about a clueless congressman of questionable morals who 'singlehandedly' helps the Afghan resistance fight and succeed in the defeating the Russian invading forces in Afghanistan.

First of all: the film is based on actual historical events and characters. The principal characters in the story have been somewhat altered to fit in the profile of the All American heroes. And although this movies has been labeled as comedy/drama type, I feel a satire is more appropriate. It depicts brilliant the American foreign policy of shoot first, shoot some more and if anyone is left alive try and make some sense of the whole thing.
As history has come to teach us over and over again, Afghanistan was not an isolated incident. And what the American government basically did back in 1980 is to supply weapons to the same regime (the Talibans) that they are now trying to thwart.

Posted by coffeeaddict at 17:50