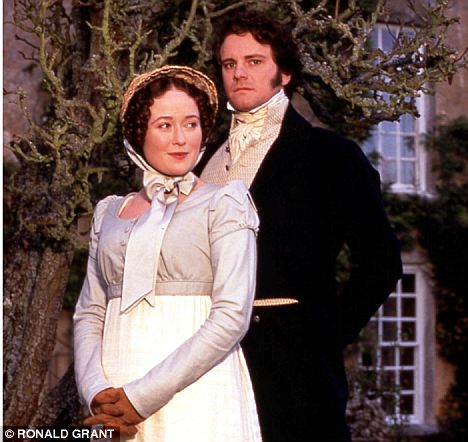 I've recently been very fortunate in acquiring the famous Pride & Prejudice mini series starring Colin Firth. It is common knowledge this series put him on the map and practically propelled him to star status overnight. I remember watching the TV series as a young girl. And I've also seen the film that was made a couple of years ago starring Keira Knightley.
Compared to the original, the film is a pale and pitiful attempt of portraying the world of Jane Austen. When it comes to Austen, I confess I am a purist! And there were numerous facts, minor costumographic and scenographic details that the film failed to portray in a historically accurate manner. 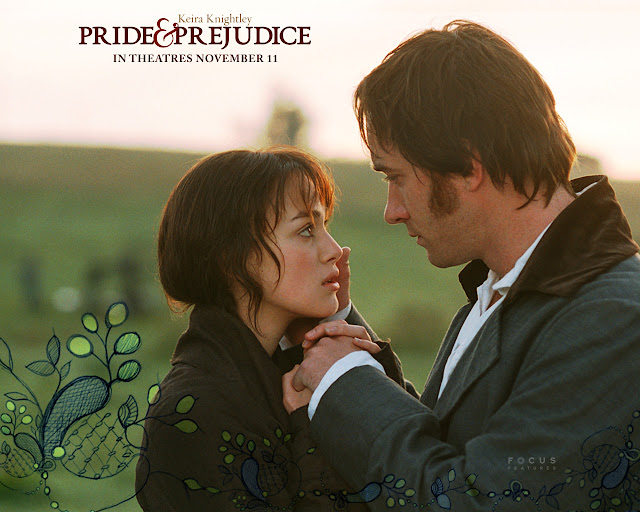 But perhaps the most unforgivable was the way the characters were portrayed. I know film makers are bound to the rules of free market and they have to "tweak" the script to make it more exciting. But there was far too much licentiousness and sexually charged atmosphere.
Originally Mr Darcy's and Lizzy's shrewd repartees were meant as an intellectual and verbal battle of wits but ultimately a means of assessing eachothers' character and nature. And yes, it was so romantic, because we all knew they will end up together. Though Lizzy truly disliked Mr Darcy at first.
In the film version however one gets the idea it's more like a foreplay and I half expected them to start ripping off their clothes. In fact the whole scene where they meet alone in the forest, in the rain even! It's preposterous!


I know the film version was adapted for modern times and modern audience, but as far as I am concerned, I'm sticking with the TV series, or better yet the novel.
Posted by coffeeaddict at 12:08