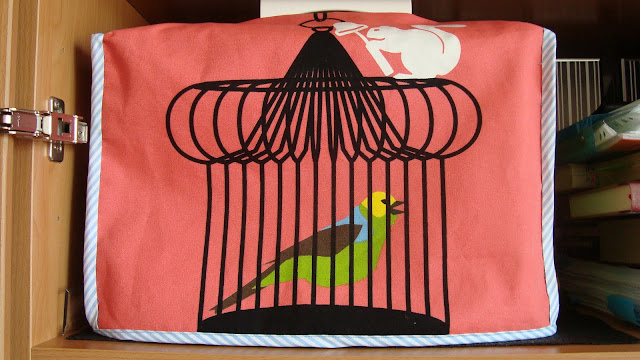 Mr. C returns to work tomorrow after a fortnight of staycation. And with all the work surrounding my thesis, I decided to take a break from blogging in order to spend more time with Mr. C.
I'm slowly settling back into my old routine. My thesis is written and I'm meeting with my mentor at the end of next week for what will hopefully be the last of the corrections. After that, all I can do is wait for oral presentation, which to my grave disappointment will probably be somewhere around September. 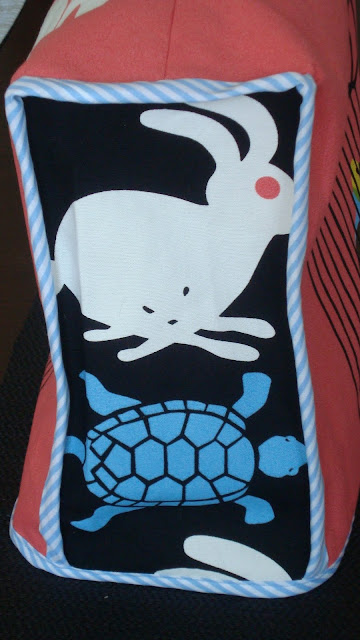 The fact that I won't be able to graduate sooner than I've hoped had crushed me completely. I've been feeling really terrible these past few days and I've also injured my leg, so I won't be able to go running for a week.
I didn't even do much sewing, just keeping my head down, waiting for the storm to pass. I did manage to sew Ferdi a new cover, something I've had on my to do list for at least 10 months. The fabric was bought at Ikea last week. And the print was just adorable. I had enough remnants to make a small purse I'll be using to store my most basic sewing tools. 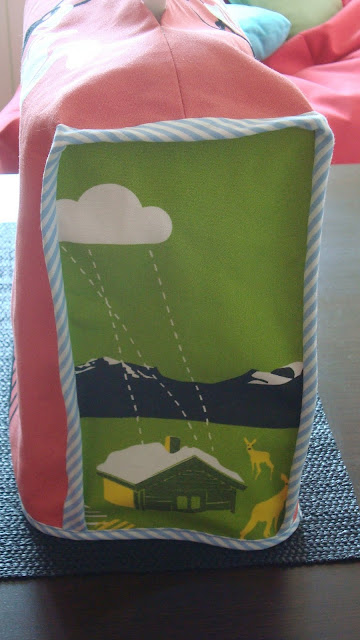 I thought I'll show you an easy, foolproof way of attaching bias binding. In my experience the classic method of folding binding in half, basting it on the fabric edge and hope to one deity or another that the thread catches both the top and the bottom layer never works.
Instead, I open the fold of the binding and line it up with the edge of fabric. I pin it and baste it and the sew the stitches right in the groove of the fold. 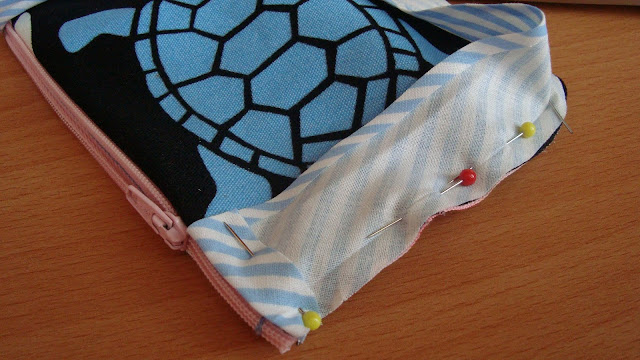 With the binding firmly secured in one place, I then remove the basting and flip over the binding. 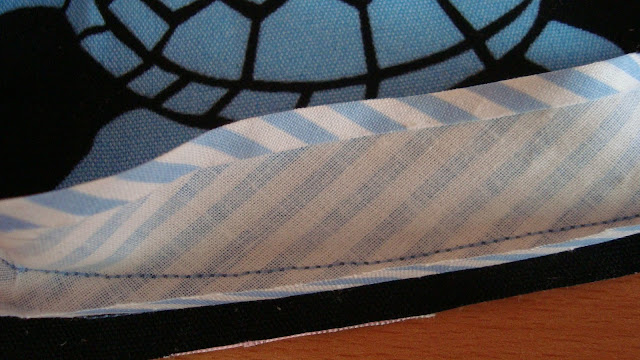 I pin and baste it on the other side and stitch it in place.
This method does take a bit more time, but it's well worth the effort, because the binding is firmly sewed in place and no more gaping where the stitching didn't catch both layers. 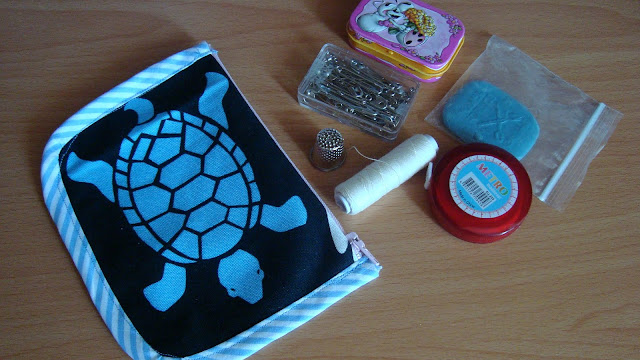 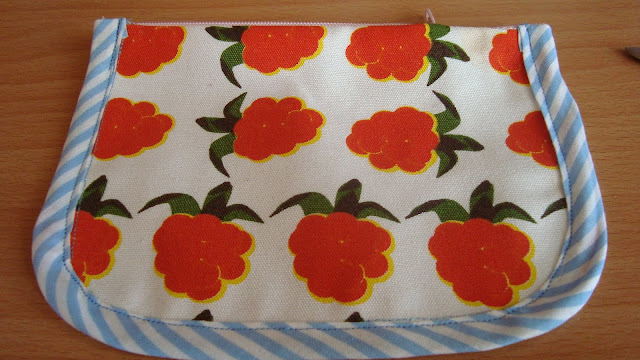 Posted by coffeeaddict at 12:52