The second part of  of our December / January trip to Holland covers our daily excursions to the Beer Brewery de Konigshoeven, Breda and Amsterdam.

Second most memorable sight on our entire tour: the Microbrewery of a Trappist Monastery in the outskirts of Tilburg. The tour ended with the obligatory tasting session of their potent but delicious beer.
I'm not really a beer fan but Le Trappe with its wonderful aroma and wonderful sweet and sour taste is a treat. Mr. C and I bought some in their gift shop and enjoyed a bottle in the evenings after long days of sightseeing.
As a rule I don't like to buy souvenirs a.k.a. dust gatherers for friends and family but a sixpack of the Trappist beer was greeted with delight by everyone. 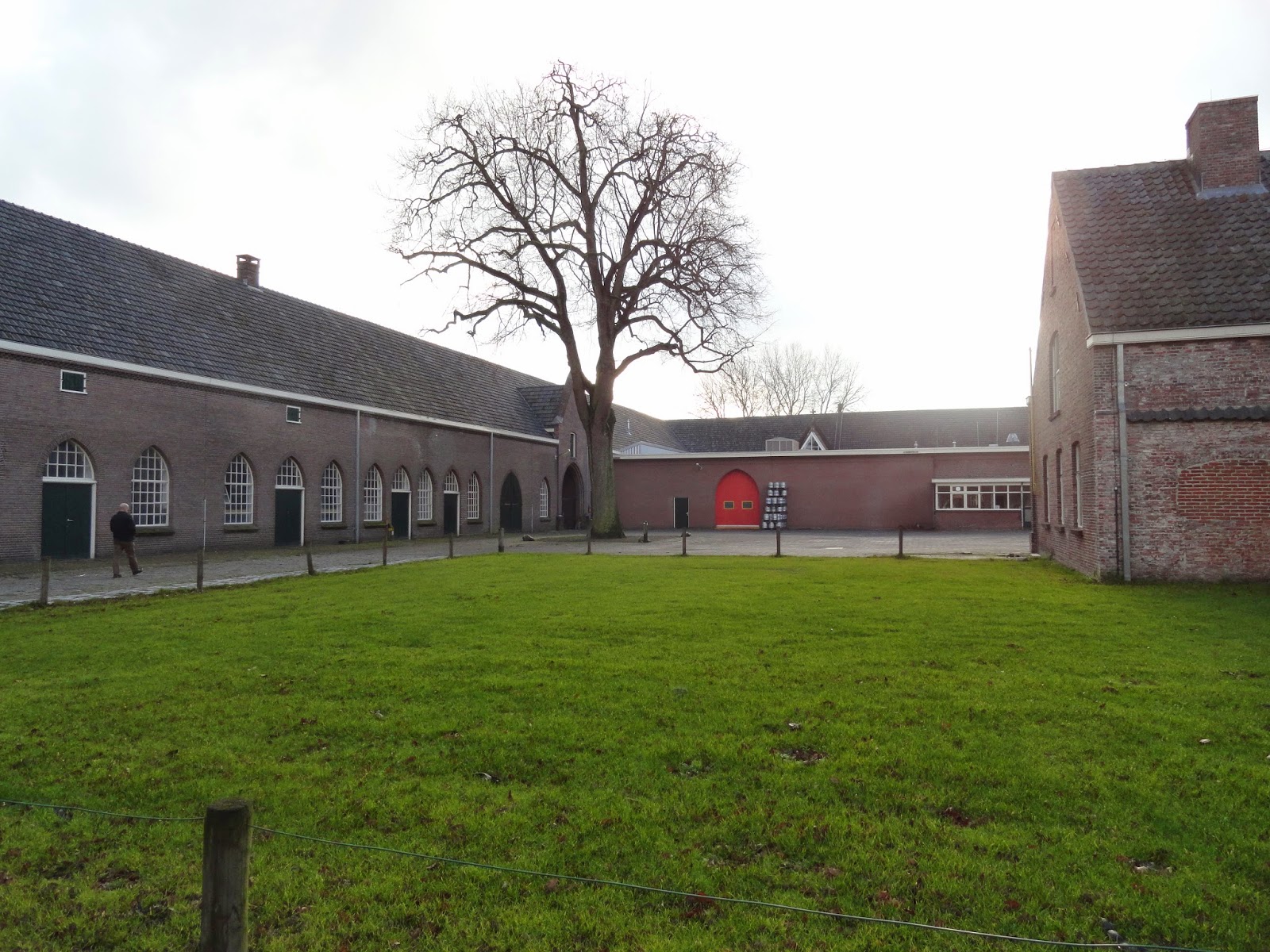 The gardens inside the Monastery complex are open to the public and there is no entrance fee. There is a very special atmosphere of calm and inviting energy that made us walk around for a whole hour. 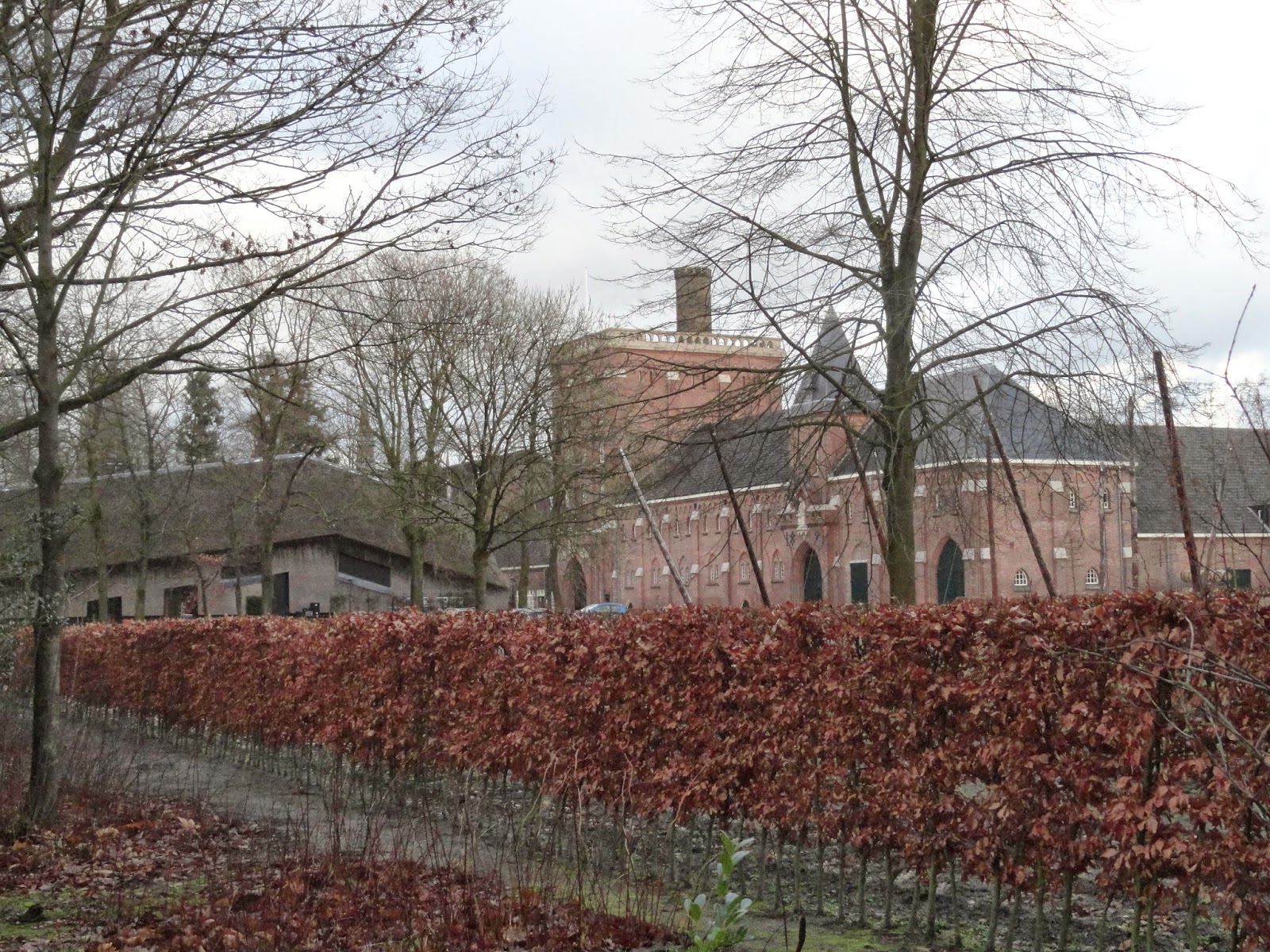 Breda is a small town West of Tilburg and a leisurely 30 min drive away. The town is similar to Tilburg in appearance, architecture and layout only it's a bit more condensed and there are less open spaces then in Tilburg.

The gigantic sculpture in the middle of the roundabout intrigued me.

The love doves greeted us early in the morning on the day we departed for Amsterdam. 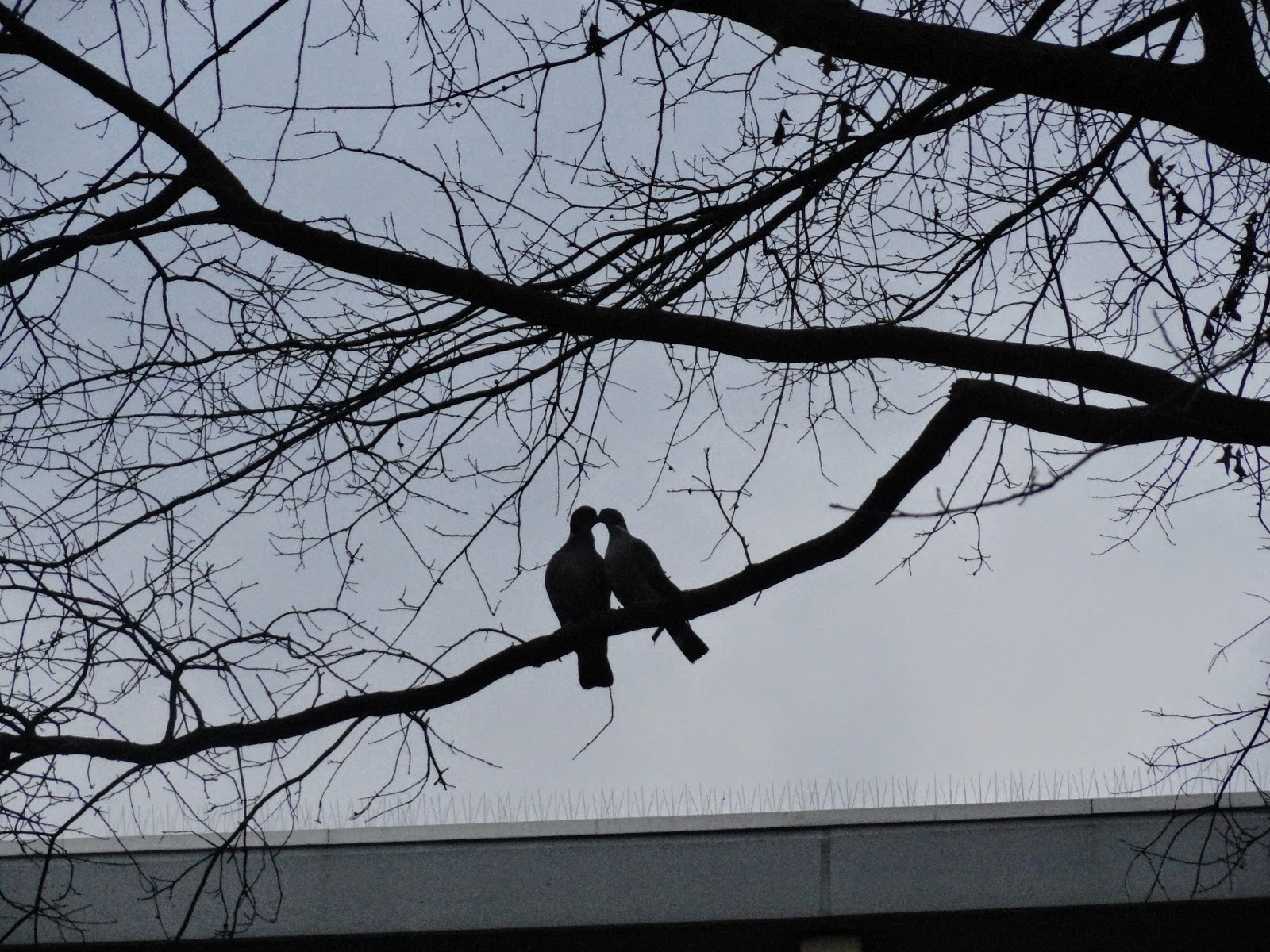 First sight in Amsterdam: the Metro station next to Heineken Music Hall where we parked our car.

I relied heavy on Trip Advisor and their comments and guidelines when planning the trip. Among other things it suggested we park the car in one of their Park houses with the daily rate of 8€ + free return tickets for the Metro.
The Metro line took us directly to Central Station in the city centre where we switched transportation for the ubiquitous boat tour. Like the Fiaker ride in Vienna - a cheesy tourist attraction that is still immensely satisfying.

I guess falling bycicles and mopeds are a common sighting in Holland (check previous post).

The queue in front of Anne Frank hours was long. I've never seen so many people forming a procession and the hugely surprising thing: we were all calm and relaxed. It took us about two hours of standing in the cold and windy street, the museum rewards the patient visitors with free Wi -fi access and there is an attendant making frequents rounds distributing brochures in 6 or 7 different languages.
The coffee kiosk across the street is making a lucrative business selling disgusting watered down overpriced coffee to the people standing in line. After drinking it I considered drinking canal water to wash the taste down. Luckily Mr. C packed a bottle of water in his backpack!

Photos aren't allowed inside the museum, as is customary with such sights. I was pleasantly surprised to see people were strictly adhering to the museum policy.

The one that got away... As I've mentioned in the previous post the Dutch have  an early closing times policy for their stores unfortunately the same policy applies to their museums and tourist attractions. De Nieuwe Kerk closes at 5 p.m. and to my great disappointment I wasn't able to see the Ming exhibition.
What made it all the more irritating that the Peek & Cloppenburg 5 storey department store  across the street was open till 9 p.m. to accommodate the busy tourist schedule. 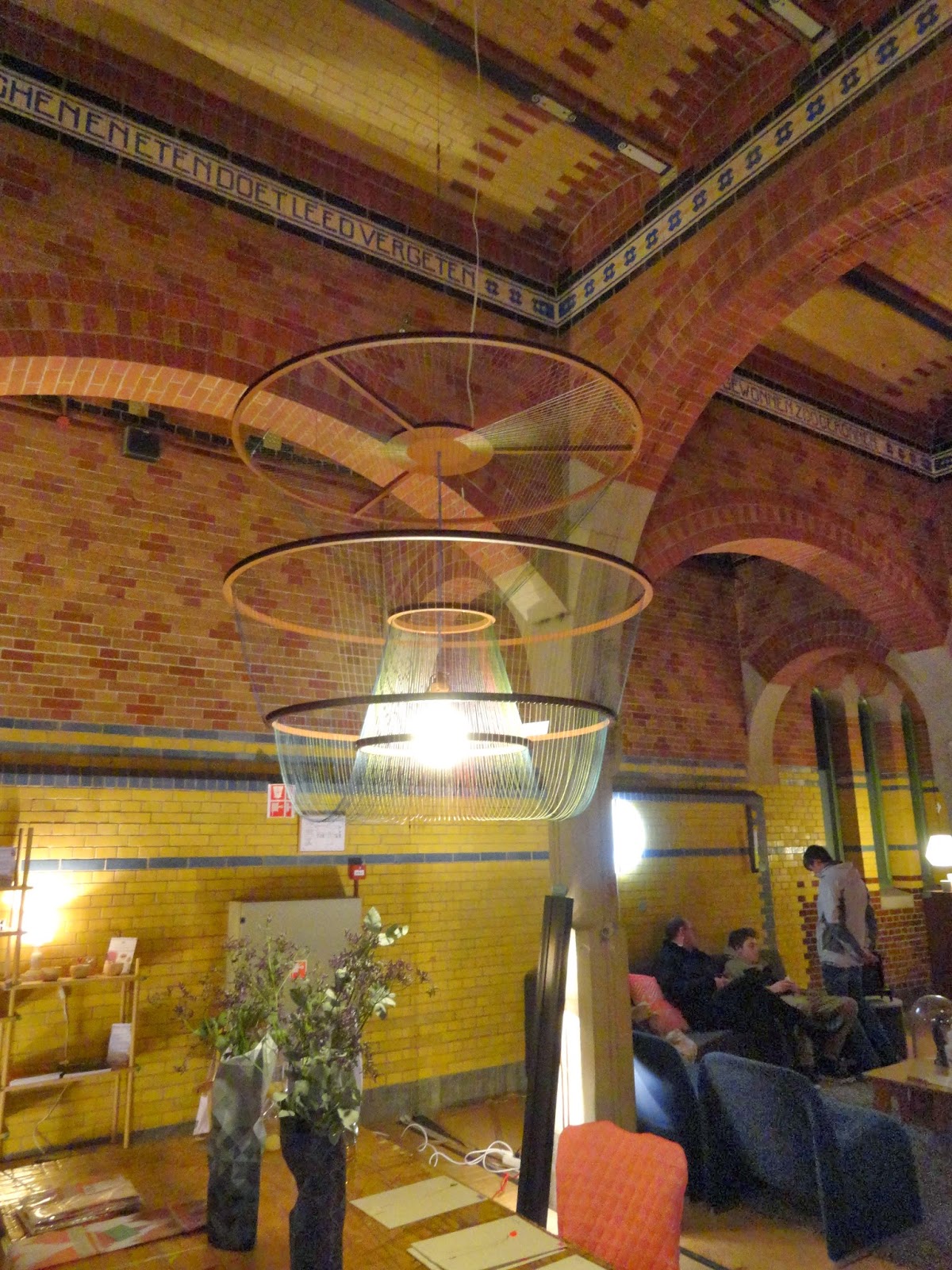 We left the Dam with the Royal Palace and Nieuwe Kerk quickly, the mass of tourist with their flash cameras and loud yelling wasn't on our itinerary. We strolled casually and found a small boutique with interesting interior design pieces designed by Danish new wave of designers.
Another excellent place to spend as much as you could afford to. I ended up buying a tea light house designed to represent a typical Amsterdam house: tall and narrow with distinct roof ornamentation as a present for my mum.

We took a quick stroll through the streets of Red light district which proved to be anything but shocking or inappropriate in terms of revealing ladies of the night. Instead we discovered a romantically lit bed with canopy in the middle of the canal, an art piece designed for the Amsterdam Light Festival.

And to finish our tour of Amsterdam in glory we did the following: got back to the car using the free Metro tickets and drove it to the city centre for another tour of the city through the windows of a moving vehicle thus completing the Amsterdam trinity: metro, boat, car :-)

Posted by coffeeaddict at 10:14